A statistical mechanics perspective on transformers 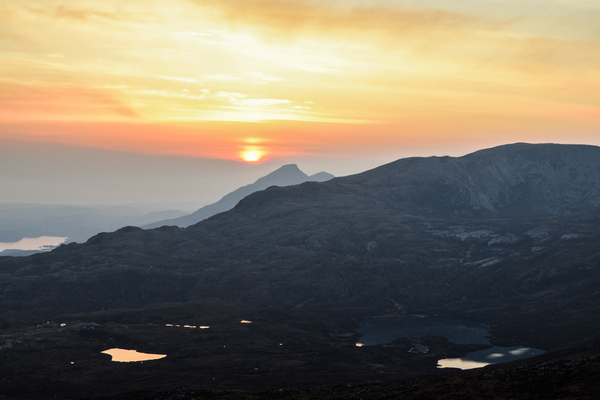 In this post, we try to distill a unifying perspective out of ideas developed in a series of longer posts on understanding transformers as physical systems:

We argue that a blueprint of the neural-network architecture of the archetypical transformer module can be derived from the structure of physical spin systems familiar from classical statistical mechanics. More specifically, we claim that the forward pass of transformer modules maps onto computing magnetizations in vector-spin models in response to incoming data. We imagine transformers as collectives of differentiable spin systems whose behavior can be shaped through training.

2. Where does the transformer module architecture come from?

Taking a bird’s eye view of the evergrowing zoo of transformer architectures in natural language processing and computer vision suggests that the design pattern introduced in Attention is All You Need (Vaswani et al., 2017)1 is still dominant. Almost all architectural variations of transformer modules published in the last four years have stuck to a successful combination of residual connections, an attention-like operation (token-mixing), normalization layers, and a feed-forward-like operation (channel-mixing).

Recent work like MetaFormer is Actually What You Need for Vision (Yu et al., 2021)2 appropriately shifts focus to the high-level architecture of the transformer module and argues that its full structure, rather than just the token-mixing attention operation, is essential for transformers to achieve competitive performance.

So where does this archetypical design pattern come from? Why does it seem to stick around? Is there any physical intuition behind its structure?

3. Deriving attention from energy functions only gets you so far

Recent papers like Hopfield Networks is All You Need (Ramsauer et al., 2020)3 and Large Associative Memory Problem in Neurobiology and Machine Learning (Krotov and Hopfield, 2020)4 have looked for physical intuition behind attention mechanisms using an energy-based perspective phrased in terms of modern continuous Hopfield networks. The main idea is to derive the softmax-attention update rule

In this way, vanilla softmax attention can be recast as taking a large gradient step. The energy landscape defined by Eq. \eqref{eq:logsumexp} implements an associative memory system for storing and retrieving vector patterns where queries flow towards valleys associated with their nearest keys (see Attention as Energy Minimization: Visualizing Energy Landscapes):

But there is more to transformer modules than just attention. In practice, we know that residual connections, normalization layers, and feed-forward layers are all essential to achieve good empirical performance.

Can we generalize this physical intuition of taking derivatives with respect to an energy function to recover the full transformer module? Yes, we can. But we have to take a step back from energy functions and focus on their underlying physical systems instead.

4. Back to the roots: physical spin systems and vector-spin models

Energy functions in classical statistical mechanics are succinct descriptions encoding interactions and constraints in physical systems. Spin systems are prototypical physical systems which often serve as toy models for all kinds of phenomena5.

The Ising model is a simple toy model describing a classical binary spin system with local spin degrees of freedom at every site pointing either up or down. The energy function of the binary random Ising model for $N$ spins in the presence of a site-dependent external magnetic field is given by

where the $J_{ij}$ encode coupling strengths between all pairs of spins and the external magnetic fields $h_{i}$ act as biases by providing a preferential value of alignment at every site. The model defined by \eqref{eq:binaryrandomising} is also known as a Boltzmann machine or Hopfield network. A cartoon of this model looks like a graph of little arrows that are pairwise coupled6:

At thermal equilibrium, the Boltzmann probability distribution $e^{-\beta E\left( \sigma \right)} / Z$ reflects what patterns of up-down spins, or spin configurations, are preferred. The partition function $Z = \sum_{\sigma} e^{-\beta E\left( \sigma \right)}$ of a spin system is not only a normalization constant but also a magical object relating the microscopic world of fluctuating spins to thermodynamic, observable quantities via the free energy $F = - \beta^{-1} \log Z$. Even for simple spin systems, computing partition functions by summing over all possible configurations is a shockingly hard thing to do in most scenarios.

where the scalar products have turned into dot products. Models of this form first popped up in 1960s statistical mechanics literature as classical $d$-vector models. They also appear in recent studies on higher-dimensional generalizations of spin glass models7.

Now how can we relate vector-spin systems like Eq. \eqref{eq:vectorrandomising} to modern neural networks?

5. Why don’t we just probe a vector-spin system with data?

If all of the steps in the computation of the spin system’s responses can be implemented in a differentiable way, we should be able to engineer its collective behavior by optimizing the coupling parameters to better respond to future incoming data. We propose to observe spin-system responses in terms of magnetizations computed from free energies.

6. A slice of statistical mechanics: magnetizations and free energies

which, in this case, boils down to calculating spin expectation values. The magnetization for every site depends on the couplings and, through the couplings between spins, on the values of the external field at all sites. Magnetizations reveal how spins will collectively tend to align themselves when we place the spin system in an environment of patterns.

Before we move on, we have to account for one more complication. If we want to draw a correspondence between transformer modules and vector-spin systems, we will have to allow for couplings that depend on the external magnetic field. For example, the attention matrix in vanilla transformers looks something like

where the matrix $\boldsymbol{H}$ denotes the stack of external magnetic field vectors. The interactions between spins are determined dynamically based on the inputs. From a physics perspective, these “amortized” couplings are very weird and highly unusual, but such is the transformer.

The potential dependency of the couplings on the external field changes the magnetization of Eq. \eqref{eq:sigma} to an expression of the form

where two-point correlation functions are seen to act as weights for the coupling contributions9. In practice, we should of course let an automatic differentiation framework keep track of dependencies so that we can get away with simply computing

assuming we have a differentiable expression for the (approximate) free energy available.

7. Turning a differentiable spin system into a neural network

Nice. But didn’t we mention before that partition functions (and hence free energies and thus magnetizations) are shockingly hard to compute? Why introduce all these formal expressions if we cannot compute anything?

Looking back at statistical mechanics papers from the 1950s-1970s, it turns out that physicists have already developed several tricks and approximation methods that can be applied to deal with vector-spin systems. Computational evidence that the partition function approach outlined above is possible for vector-spin systems can be found in Deep Implicit Attention (below, left) and Approximate Free Energy Minimization (below, right).

In these examples, approximations of the partition function Eq. \eqref{eq:partfun} were obtained following respectively a mean-field theory and a steepest-descent approach. Our numerical implementations of both approaches rely internally on deep implicit layers to ensure that fixed-point calculations and root-solving steps are efficiently differentiable.

8. An exercise in squinting: recognizing the transformer module

Computing magnetizations according to Eq. \eqref{eq:magnetization} from the (approximate) free energies obtained in Deep Implicit Attention and Approximate Free Energy Minimization reveals a high-level structure that is surprisingly familiar: a pattern of residual connections, token-mixing, normalization, and channel-mixing. Approaching the crux from the other direction, we argue that transformer modules react to inputs by implementing particular approximations to the general magnetization response Eq. \eqref{eq:sigmaweird}.

Residual connections are proportional to the inputs and arise from the presence of the external magnetic field. Token-mixing contributions emerge from the coupling terms in the energy function and mix inputs without acting on the local vector-spin dimension. Normalization follows from requiring that the energy of the spin system remain linearly proportional to the number of lattice sites and from normalizing the external magnetic field vectors. Channel-mixing contributions include terms in the magnetization that can be applied locally, like Onsager self-correction terms in mean-field approaches or (approximations to) contributions coming from input-dependent couplings in Eq. \eqref{eq:sigmaweird}.

Taken together, these observations suggest that we can picture the forward pass of a transformer module as a wrapper around a vector-spin system: module inputs are routed to the external magnetic field (and, optionally, to a parametrized couplings function) after which magnetizations are returned as outputs. The transformer module bears an uncanny resemblance to a differentiable physical system whose collective behavior we can control through training.

Now that we can picture transformer modules as physical spin systems responding to getting probed with data, let’s imagine what training them looks like.

On the level of the energy function of our spin system Eq. \eqref{eq:vectorrandomising}, we can model the training process of a transformer module by introducing a (discrete) time dimension and making the external magnetic field time-dependent, leading to10

At every training step $t$, a sequence of incoming data $\{ \boldsymbol{h}_{1}(t), \boldsymbol{h}_{2}(t), \ldots, \boldsymbol{h}_{N}(t) \}$ takes on the role of external magnetic field. During the forward pass, magnetizations $\boldsymbol{m}_{i}$ are computed in a differentiable way according to the current model parameters and in the presence of the current external magnetic field. Physically, we consider “quenched” systems with “frozen” couplings at every training step. During the backward pass, the module’s coupling parameters $J_{ij}$ get updated, nudging the interactions in the spin system so as to influence its magnetization responses to similar data in future iterations.

We can think about this training process as gradually shaping the collective behavior of a differentiable vector-spin system that is driven by data. If the couplings depend on the inputs, like in Eq. \eqref{eq:softmaxcouplings}, we should make the couplings time-dependent as well in Eq. \eqref{eq:sloppyenergy}. In that case, the external magnetic fields as well as the parametrized couplings change instantaneously at every training step.

Training a deep transformer model corresponds to orchestrating a stack of transformer modules by building up a differentiable structure of correlations where the magnetizations of one spin system drive the next one. Wiggling (billions of) parameters during training nudges the cascading response behavior of the collective of spin systems to better adapt to the collective’s (meta-)tasks as specified by the data and the loss function.

In this post, we argued that the forward pass of a transformer module maps onto computing magnetizations in a vector-spin model responding to data. Generalizing previous work on understanding softmax attention modules in terms of modern continuous Hopfield networks by taking derivatives of a judiciously chosen energy function, we propose to take derivatives of the free energy of a general vector-spin system to get to a blueprint of the architecture of a full transformer module.

By zooming out and approaching transformers from a tangential, statistical-mechanical point of view, we arrived at a physical intuition of transformers that seems hard to obtain when restricting oneself to perpetually perturbing explicit neural network architectures. Recognizing transformer modules as spin models in disguise might not only unify architectural variations as different ways to approximately compute magnetizations but also elucidate the empirical success of transformers in deep learning.

We would like to thank ML Collective for hosting its research jams and providing a friendly environment to present ideas.

If you happen to find this work useful, please consider citing it as: 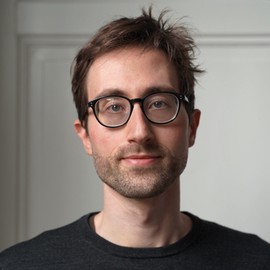